To recognize and reward the
achievements of differently abled people

We believe in the saying “be the change you want to see in the world” and we are changing for the betterment of our human society.  At CavinKare, as part of our Corporate Social Responsibility (CSR) initiatives, we are closely associated with Ability Foundation, an NGO that works toward promoting and supporting the empowerment, betterment, and rights of the differently-abled people.

For the first time in the history of Indian awards, we launched the CavinKare Ability Awards to recognize and reward the differently-abled people who have always been shunning backward. The time has come to recognize and appreciate them for helping them rise and exhibit to the world that they are no lesser than others. Since the past 18 years, the awards and recognition are being handed over to the right ones honoring their achievements. The awards have grown in stature and recognition.

CavinKare Ability Awards have sparked a fire of achievement in the hearts of these differently abled individuals showing them the path to exhibit their excellence fight all odds and prove to the world that they can do beyond what they can.

It has helped the differently abled people to take up challenges and move ahead in life helping them realize that nothing can deter them when they can make it happen. 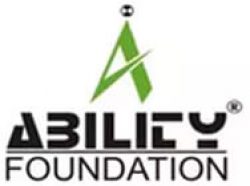 It is a single award, comprising a memento, a citation and a cash prize of Rs.2 Lakhs, awarded in recognition of exemplary achievement and service to a person with disability.
It is awarded to an achiever, who has demonstrated a commitment and service to others beyond his/her individual personal achievements in a particular area.

Three entitlements, comprising of a memento, a citation and cash prize of Rs.1 Lakh are awarded in recognition of exemplary achievement to three people with disability who have set a high standard for themselves and gone on to achieve it. This is awarded to people who are a source of inspiration to a whole generation in need of motivation.

Over and above these awards, there is also a recently instituted “CavinKare Ability Special Recognition Award”, which is yet another category of the award given to a person with disability who is also an acknowledged leader in the disability sector with exceptional achievements – either on the personal or the organizational front – inspiring admiration and meriting a special mention at the Awards. This honorary award, carries a citation and a trophy.